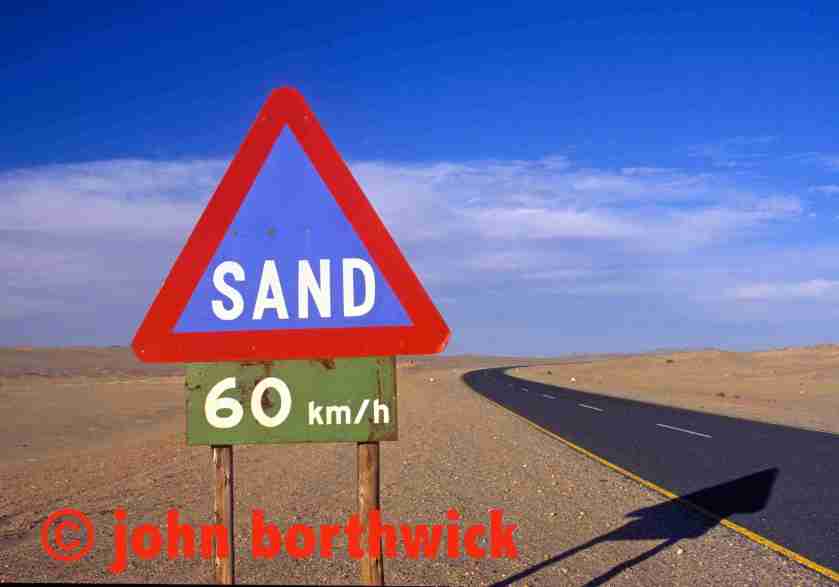 I had a train ride in Africa — through a country where the street signs still say Kaiser Wilhelmstrasse and Zeppelinstrasse. As one woman told me, “In Namibia we still speak the Kaiser’s tongue — not like up there in Deutschland now where foreign influence has so much polluted the language.”

Ochre deserts to the right, the deep Atlantic blue to the left, we trundled north on our tourist train. This was its inaugural trip and the bar car was home to a crew, including foreign journalists, who might have come from a camp remake of Murder on the Orient Express.

A hyperactive British reporter – think Mr Bean on speed, with the added wickedness of speech – was winding up the train’s equally highly-strung tour guide – think Basil Fawlty goes to Africa. Young Bean, witty, weird and at heart still a very naughty English schoolboy, had his sights set on young Hanna, a Rubenesque, blond German journalist. Basil of Africa, fortyish, angular and anguished, had his eye on her too. Meanwhile, Hanna’s colleague, Ulrike from Erotikfuhrer magazine (the title evoked images of Hitler in fishnet stockings) was attracting the attentions of the train’s Afrikaner wildlife guide.

Before arriving, all I knew about the country was that Kaiser Wilhelm’s Colonial Reich held sway in Deutsch-Südwestafrika for 30 years from 1884. After the Germans were expelled during World War I, this became a South African protectorate. True to form, white Pretoria overstayed its invitation by decades, protecting the hell out of the place, which just happened to be fabulously rich in diamonds. In 1990 South-West Africa finally gained its independence and a new name, Namibia.

Tensions in the train’s bar car rose. Hanna, as clever as she was curvaceous, delighted in dropping double entendres before both Bean and Basil. Meanwhile, the train had four mini-buses which were rolled off for excursions. Bean further enraged Basil by commandeering one and, as a Londoner perfectly unaccustomed to driving on desert sand drifts, promptly rolled and totalled it. Hanna smiled winningly at both of them, and then had dinner with me. A train is, if nothing else, a rumour on rails. Although I retired solo to my blameless bunk, reports of our soiree saw me added to Basil’s “daggers” list — which Bean thought even jollier fun. “Let’s wind up old Basil again,” was his favourite battle cry. 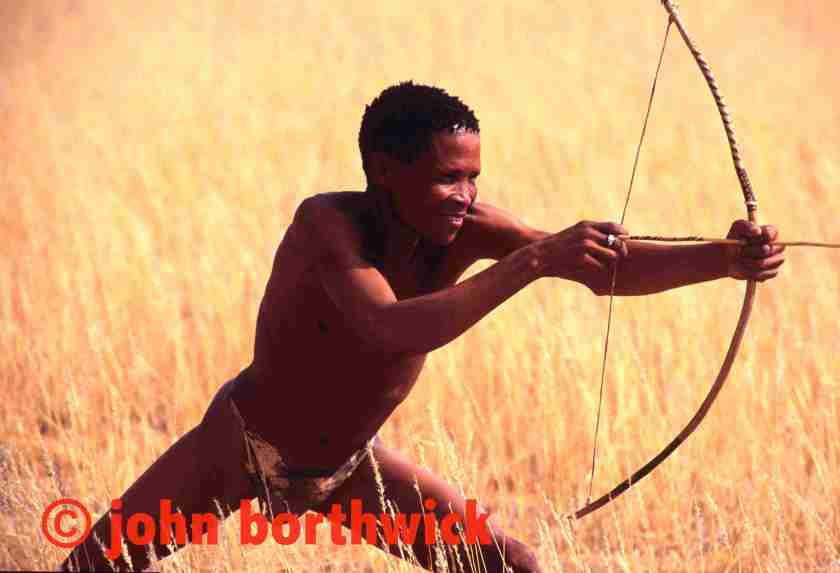 We reached the ghost town of Kolmanskop on the edge of the diamond-studded desert known as the Forbidden Territory. A community of 1300 Germans and Afrikaners once thrived here. Amid the encroaching dunes, we found their old social club, complete with a skittle alley, wooden balls and ninepins. The windowless, two-story mansion of the mine’s chief engineer stood nearby like a sand-blasted skeleton of the Bates Motel in Psycho.

Jack the Chef, too, had his eyes on Ulrike and not, as they say, on his fries. The distracted result was that his “out of Africa” cuisine increasingly became a gastronomic massacre. Pate of biltong (dried meat jerky) would accompany an offering of oryx or antelope — both of which look far better loping across a plain than demised on a plate, even if lathered with Jack’s “secret sauce.” “It’s like eating a game park with cranberry sauce,” lamented Bean, loudly. When served “tongue” (of which animal we never knew), a woman from Florida announced to the dining car, “I can’t eat that — you never know what it might have licked.”

We rolled on to Ludertiz, a sunny fishing port that looks like Bavaria-by-the-Beach. Here we were joined by Markus, a dour Namibian accountant who had been press-ganged into the role of barman. He could not accept that anyone — especially a tourist, or worse, a journalist — ought to be trusted to volunteer a correct cabin number for a bar tab. Undeterred, the wildlife guide — Bean had nicknamed him “Rolf the Ranger” — was straining to impress Ms Erotikfuhrer. His lines sounded like Karen Blixen badly rescripted by Wilbur Smith: “Let me tell you about my Hereros [a Namibian tribe] on my farm …” At which, much of the bar crew winced, as did Rolf’s wife who was darkly observing it all.

Our sometimes ship of fools of the desert moved further north to the pretty seaside town of Swakopmund, which might be a suburb from 19th century Hamburg. It was here that an elderly German woman informed me that she and her kind were preserving the Kaiser’s “pure” Deutsch tongue. Cupola domes and widows-walks crown Swakopmund’s elegant Belle Epoque buildings and everything is in good repair. In fact, Namibia is sometimes known as “the Switzerland of Africa” because of its wealth, cleanliness and rule of law. If only Switzerland had a coast like this and strudel like Swakopmund’s it could aspire to be the Namibia of Europe.

With Basil of Africa fuming at Bean on Speed, Hanna smouldering at them both, and Rolf angling for Ulrike, things were getting messy. It all hit the punkah on what became known as the Night of the Wrong Wives when Hanna enjoyed one too many cocktails with Bean and one too few with Basil.

Sulking Basil attempted to have Bean put off the train. Bean mugged, “No! There are lions out there. Tigers! Dingos!” Hanna intervened, batting her eyelashes and whispering some delectable promise — though never to be delivered — in Basil’s ear. He was torn, but Bean was reprieved. Instead, Markus the suspicious barman was relieved of his duties — no explanation was ever offered — and the bar ambience improved mightily, as did it the flow of drinks. So much so that at two a.m, Rolf’s wife stormed into the bar car and emptied the great white hunter’s drink over his head and that of the adjacent Ulrike to boot.