Back before design hotels perverted the concept of hospitality into look-at-me-ain’t-I-cool egotism, there were novelty hotels. You could place the tiki craze, with its flamboyant, rose-coloured hankering for the South Pacific, that caught on in the United States in the interwar years, firmly in this category. But there were other, often crazier examples that enlivened the novelty hotel market.

Very few remain, the victim of changing fashions and the newer-is-better mindset of modern times. It’s turned full circle with the retro craze, of course, but too little and too late to save some of the genuinely unique examples of long ago.

When I was plotting the course of a road trip through the US south-west some time back, the Wigwam Hotel in Holbrook, Arizona, was first on the list. It was part of the revered Route 66 of popular culture, the early 20th century highway that cut across the United States from Chicago to Los Angeles and provided an escape for the Dust Bowl refugees (sketched out by of Steinbeck and his ilk) towards a brighter future. 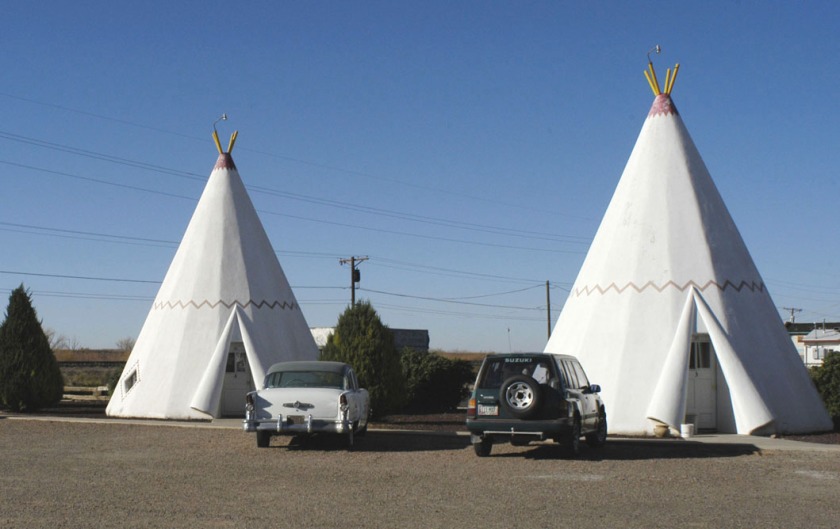 When Route 66 was dismantled and replaced by the soulless Interstates, the Mother Road faded into obscurity. These days, Holbrook is just off the I-40, a roundabout way east from Los Angles and just beyond Winslow, which has as about its only claim to fame being featured in an Eagles song, Take It Easy.

My first mistake was travelling in November. With winter approaching, the days were clear and sunny but with little warmth in the sun. At night, the temperature plummeted. I arrived in Holbrook after dark and checked in just before the motel’s office closed up tight like the town itself.

The Wigwam Hotel looks exactly like the old postcards. A circle of tall teepees made of concrete with a smattering of old long-abandoned cars that lends it a certain Twilight Zone je nes sa qua. Inside, the teepees were disarmingly spacious but the small heater had a hard time minimising the deepening chill. 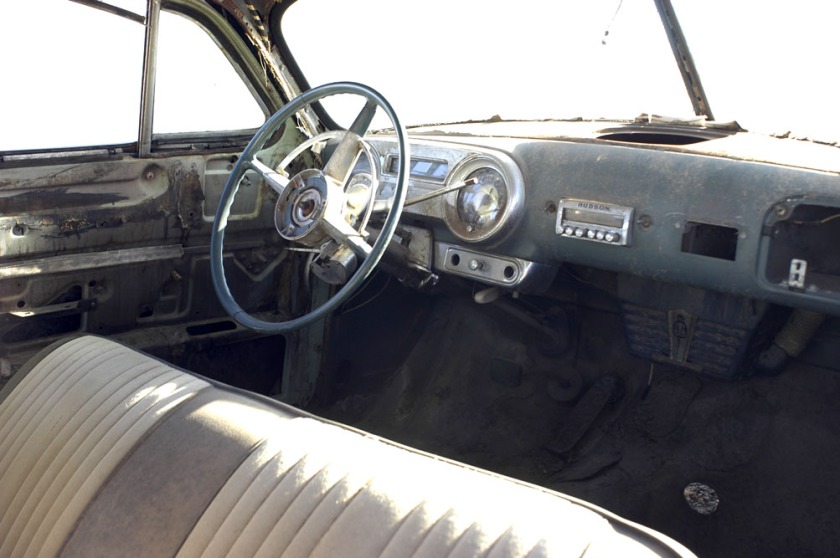 The long drive had exhausted me and I soon fell into a deep sleep. Early in the morning, however, the bone-numbing cold etched its way into my dreams and eventually brought me awake. I put another blanket on the bed, then covered that with the contents of my suitcase. As snug as I could possibly be without crawling into the suitcase and zipping it up over me, I drifted back into a fitful sleep.

Not too long afterwards, the long agonized low notes of a freight train’s horn felt like it was sounding just outside the teepee. When I investigated, I found it was. The rear boundary of the Wigwam Motel is right next to the train tracks. If I was a trainspotter, I’d be in heaven. I wasn’t.

It was to be a valuable lesson in nostalgia. The Wigwam Hotel, just one of three surviving teepee motels left in the US and still operated by relatives of the original owner, is a must-stay. But, in winter, when it’s cocooning you need to endure long road trips, aim for an Embassy Suites or better and drop by the Wigwam for souvenirs and photos.

©2014 words and photos David Latta. May not be copied or republished in any form without permission.