The French are delightfully perplexing. They turned the cinematic world on its head with the New Wave and then worshiped Jerry Lewis. They are the last word in style yet made sex symbols of Gerard Depardieu, Jean-Paul Belmondo and Serge Gainsbourg. Their tourist attractions are no less fathomable. For every Louvre or Musée d’Orsay, there’s something so completely bizarre that it strains credibility.

Two of my Parisian favourites are hidden away but well worth seeking out. The entrance to the Catacombes de Paris is just opposite the Denfert-Rochereau metro station on the Avenue du Colonel Henri Rol-Tanguy.

Above the entrance is a sign that forbiddingly declares “Stop! This Is The Empire of Death”. Visitors must make their way down a narrow spiral staircase to tunnels that snake 20 metres below the city streets.

Getting there early will avoid the crowds that tend to congregate later in the day but being alone in tunnels that extend for some kilometres can be unsettling. The ossuary holds the bones of around five million people, most removed from old Parisian graveyards during the modernization of the city under Baron Georges-Eugène Haussmann in the mid-nineteenth century. A large proportion of the relics originated from the Le Cimetière des Innocents in the Les Halles district.

Whether Paris is sweltering in late summer or freezing with the approach of winter, the catacombs maintain a constant temperature of 11° Celcius. The tunnel floor can be wet and uneven so it’s ill-advised to attempt the walk in your favourite Louboutins. The first 15 minutes or so are fascinating, with skulls and bones arranged in extremely creative groupings. After a while, however, it all becomes a little tedious and not even my extreme fear of rats could elicit more than a tinge of unease.

Anybody hoping to snare an authentic souvenir of the catacombs will be disappointed. A security guard at the exit will search visitors’ bags and confiscate anything that would be of interest to Fido. Photography, however, is permitted.

My all-time favourite Paris tourist attraction is the Musée des Égouts de Paris, the acclaimed Sewer Museum. The entrance is easy to overlook, next to a small blue kiosk on the left bank of the Seine adjacent to the Pont de l‘Alma.

The sewers of Paris were celebrated in Les Misérables, Victor Hugo’s 1862 novel and the truly miserable musical of the same name (certain parallels can be drawn between it and human waste), and countless movies about the French Resistance during World War II. Although dating back for centuries, Paris’ modern sewer network is yet another legacy of Baron Haussmann, this time working with visionary engineer Eugéne Belgrand.

The museum is far below ground, built on platforms over a working section of the sewers. It is eye-wateringly realistic and it would unwise to visit immediately after breakfast. The exhibits have explanations in both French and English so visitors are in no doubt of exactly what they are seeing and smelling.

It can be said that the sewer museum is a movement away from the traditional sanitised tourist attraction, allowing visitors to peer directly into the underbelly of everyday Parisians. It would be easy to dump on such a concept, to attempt to flush away its philosophical bona fides but the reality is that it’s a breath of (not so) fresh air. 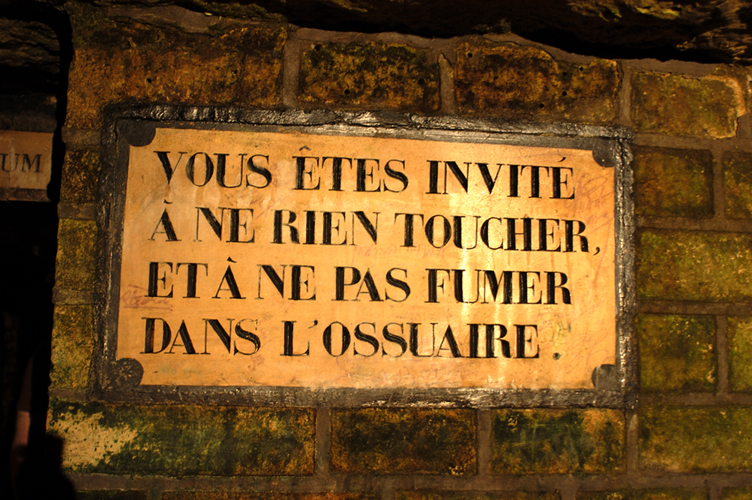 In the 1980s, when negotiations were underway to build Euro Disney outside Paris, there were suggestions that Disney should also take on some of Paris’ most notable tourist attractions. It was only through the protracted protests of French trade unions and leading existentialists that this was avoided.

How the sewer museum would look today in that unlikely event can only be imagined. Perhaps a children’s ride with dancing animatronic figures set in a gleaming porcelain tunnel and a catchy theme song along the lines of “It’s A Small Turd”.

There is, however, a gift shop that has some wonderful souvenirs although, sadly, no snow globes. And, near the exit, there are toilets so that incurable romantics can leave their mark on their favourite city.

For those who always suspected that the French are wonderfully eccentric, there can be no greater examples.